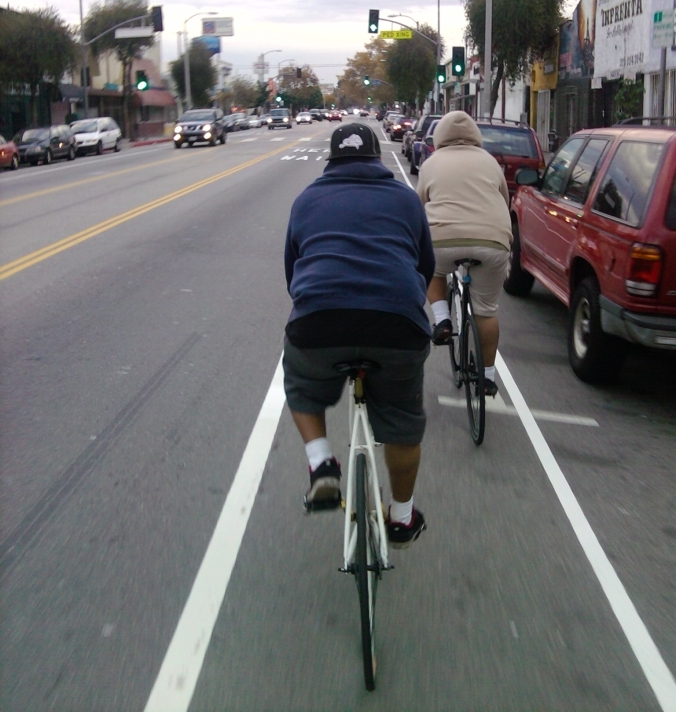 Los Angeles’ York Boulevard gained 1.3 miles of brand new bike lanes last week. The eastern end of of the lanes is in Highland Park; the western end is in Eagle Rock. Both of those are communities in the city of Los Angeles, in the Northeast Los Angeles area, just south of Occidental College. The week also included the opening of the newest stretch of the L.A. River Bike Path, also in NELA, in the Elysian Valley community.

York Boulevard is a former streetcar right-of-way, with Main-Street-type zero-lot-line walkability. The city approved a bike corral for York Boulevard at Avenue 50 (in front of Cafe de Leche), but the project hasn’t been implemented yet. York Boulevard bike lanes are one of the “Four Corners” bike lanes that are part of the C.I.C.L.E. NELA campaign which pushed for lanes on York, Eagle Rock, Colorado, and Figueroa. The campaign is more-or-less inactive right now – but if you’re interested in more bike facilities in NELA, I suggest signing up for the google group.

The bike lanes start/end at Avenue 55:

and extend to Eagle Rock Boulevard which has bike lanes of its own: 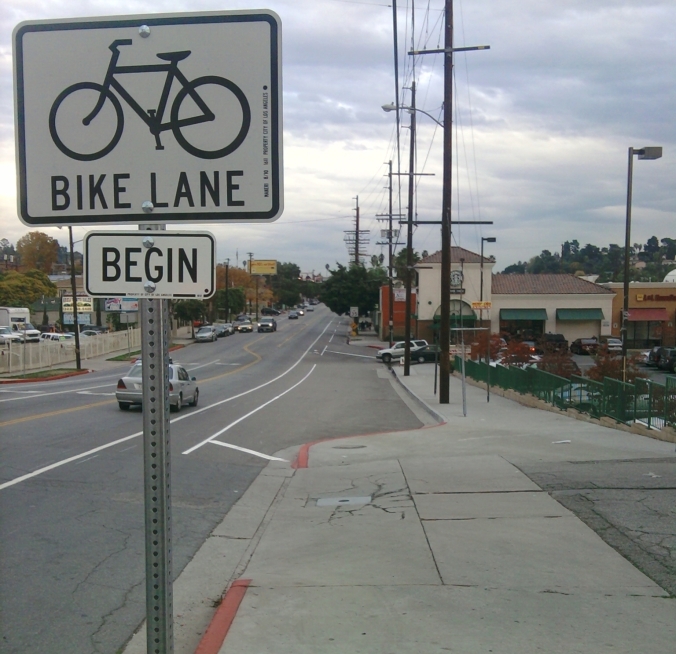 Unfortunately, as can be seen in the above photo some of the Main Street character of York is being dismantled. The recent strip mall development just east of Eagle Rock Blvd has wrong-headedly widened York. The car-centric strip mall features two drive-throughs (get your latte and your prozac while keeping your car engine running) and enough car parking for a large symphony orchestra.

The city’s draft 5-year Bike Facility Implementation Plan includes implementing an additional 0.79 miles of bike lane on York – from Avenue 56 to Figueroa. It’s listed in plan year “2010” which means they’re kinda gonna get started this year and should be finished by 2012.

There were plenty of cyclists out using the lanes on an overcast (very lightly rainy) Sunday afternoon today. I counted just over a dozen cyclists on York during my half-hour reconnaisance there: 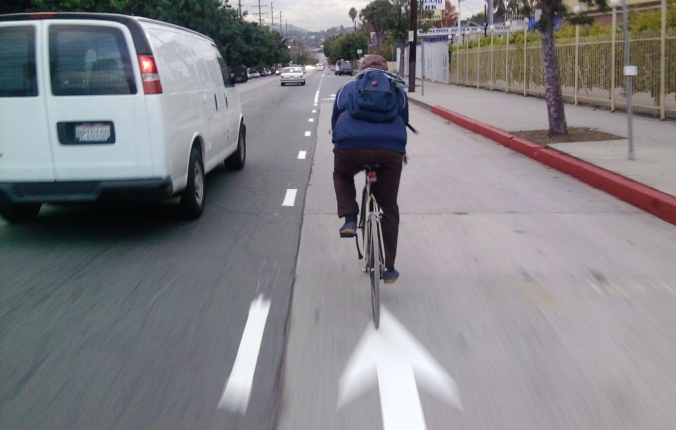 About half of cyclists I witnessed were riding on the sidewalk: 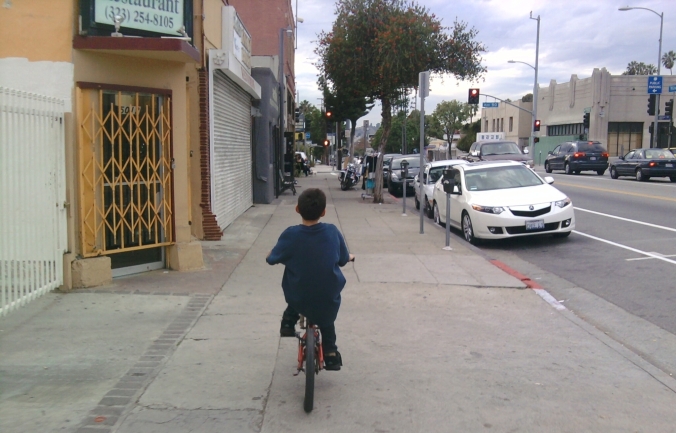 Also, in the greater North East Los Angeles area, there are new bike lanes on Marengo Avenue in the city of South Pasadena:

I confess that I just chanced upon these, and don’t know much about them. According to this document, they extend from Mission Street (at Garfield Park) to the southern city boundary of Alhambra Road. Marengo is a very pleasant residential street lined with mature trees. Great to stumble upon new bike lanes there.

17 thoughts on “Some Good Bike News from Northeast L.A.”